Estate Taxes After the Election 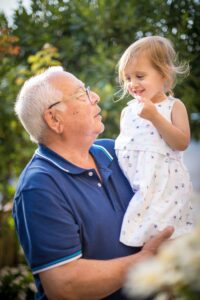 Currently, the Estate tax exemption is $11.58 Million per person and $23.16 Million per couple, which means a couple can transfer $23.16 Million to their heirs tax-free during their lives or upon their deaths.  These amounts are indexed for inflation until the law sunsets at the end of 2025.  In 2026, the exemption drops to $5 Million per person and $10 Million per couple, adjusted for inflation.  The Estate tax rate is 40% on that portion of the Estate over the exemption amounts.  Estates left to spouses are tax-deferred.  “Portability” allows the surviving spouse to use his or her own credits plus, the deceased spouse’s unused credits.  Regardless of whether the Estate is subject to Estate tax, the assets enjoy a step-up in basis, which eliminates capital gains tax on the assets if sold shortly after the decedent’s death.  By way of example, Grandmother purchased stock X in 1960 for $1.00/share.  The stock sells for $100/share on the date of Grandmother’s death.  If Grandmother was to sell the stock the day before she dies, she would owe tax on $99 of capital gain ($100.00 – $1.00 = $99.00).  If Grandson sells the stock the day after Grandmother dies, he pays no capital gains tax ($100.00 – $100.00 = $0.00).

Under the “Biden Plan” the exemption would be $3.5 Million per person and $7 Million per couple for death time bequests.  The exemption for lifetime gifts would be $1 Million per person.  Any exemption used during lifetime would be deducted at death.  These amounts would not be indexed for inflation.  The Estate tax rate would increase to 45% on that portion of the Estate above the exemption amount.  Presumably, “portability” would still be available to the surviving spouse.  However, the step-up in basis would be eliminated, regardless of whether Estate tax liability applied.  Additionally, capital gains would be taxed at the ordinary income levels.  The highest ordinary income level would be increased to 39.6%.

The “Biden Plan” is not the law of the land.  It was the proposal of a presidential candidate.  Before becoming law it would have to be approved by Congress.

The IRS has previously ruled that any exemption currently used in excess of the $5 Million sunset amount would not be “clawed back” upon death.  That means if you were to gift away $10 Million today and died after 2025 your estate would not owe taxes on the $5 Million above the then current exemption amount.  Whether the same scenario would apply if the Biden Plan were enacted is yet to be determined.