Estate Planning Providing For Your Four Legged Loved Ones

Providing For Your Four Legged Loved Ones 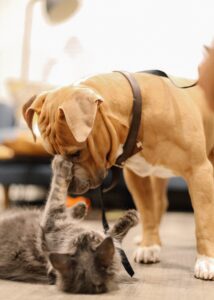 Clients fret over how much of their estate to leave to family, but devote little attention to their four legged loved ones.  Provisions for one’s animals can be made informally through a Letter of Instruction left with your last will and testament or formally through a trust set up in the will.

In 2015, New Jersey began allowing trusts for the care of animals.  The testamentary trust is common among horse owners as horses can live for many years and are expensive to maintain.  However, the trust format is available for all pets.   The trust provisions will include the identity of the animal’s care giver, the trustee responsible for investing the trust corpus and paying the bills, and the remainder beneficiary entitled to the remaining balance after the animal(s) pass.

Here are three ladies that truly loved their dogs and provided handsomely for their care.  In 2008, the widow of Gene Roddenberry, of Star Trek fame, left $3.3M to her pet.  In 2007, Leona Helmsley, the Queen of Mean and widow of the hotel billionaire, left $12M to her dog.  This sum was subsequently reduced to $2M by the court.   Approximately $100,000 was spent on the dog’s care each year, which included $8,000 for grooming and a private security detail deemed necessary because of death threats.  However, the record belongs to the German countess, Karlotta Liebenstein, who died in 1992 and left $65M to her German Shepard, Gunther III.  Upon Gunther’s death his son inherited the money which was invested wisely and grew to $375M.  It should be noted that Gunther IV purchased Madonna’s mansion for himself and his handlers in 2000 for the purchase price of $7.5M.